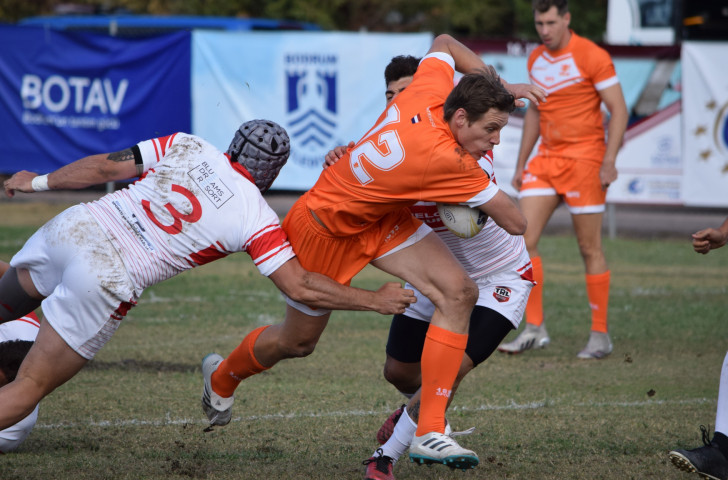 The final of the Euro Championship D on Sunday will feature Czechia – after they defeated Malta 40-16 in the opening game, and Netherlands – who beat hosts Turkey 40-18, in a double-header at the Huseyin Akar Tesisler Stadium in Bodrum.

Over 500 fans watched the matches which both saw dominant second half displays by the victors.

Zwolle centre Joran Schoenmaker’s second try, a fine solo effort a minute from the break, combined with Thomas Farrell’s first of two four-pointers a minute after it, gave Netherlands the impetus for victory. Scrum half Auke Idzerda was perfect with the boot, landing six conversions and two penalties, in a convincing performance.

“We came in as underdogs but now we’re on to the final,” said Netherlands head coach Kane Krlic. “All of our players are from the domestic competition and that’s extremely important to us. Growing that is still the main focus and this is the reward for staying loyal to those players.”

Turkey responded well to going 12 points down, hooker Oğuzhan Demir with a fine try and ended the scoring, head coach Julien Treu feeling that his side showed plenty of promise. “We worked hard but made too many mistakes and gave away a lot of penalties in the first half,” he commented. “Fair play to Netherlands, they played very well but we have confidence for the ranking match with Malta and are going all out for a win on home soil.”