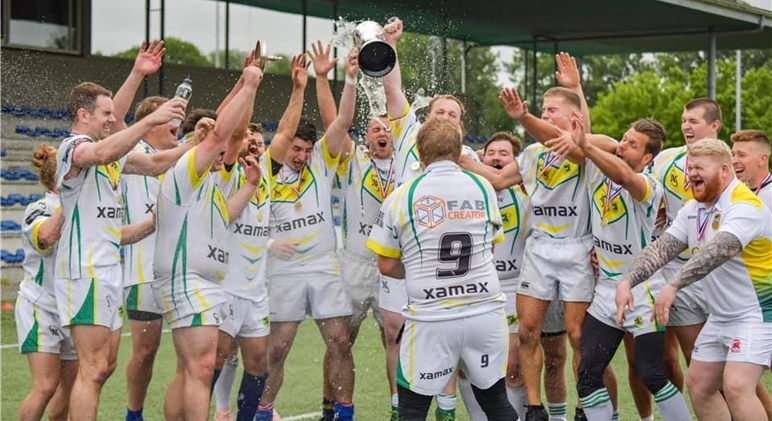 The NRLB Season returns in 2022, the first time since 2019 due to the COVID pandemic disruption. The league will be rebranded the 1895 Sports Championship in 2022 due to sponsorship naming rights.

The league will feature five clubs for the first time, with the addition of Zwolle Wolves along with ever present; Amsterdam Cobras, Den Haag Knights, Rotterdam Pitbulls & Harderwijk Dolphins.

Round 1 kicks off on Saturday 4th June in style, with a repeat of the 2019 Grand Final between the Knights and Cobras, taking place at the home of the champions. The round will be completed at the newest venue in Overijssel’s capital as the Wolves host in their first competitive match against their local rivals, the Dolphins.

The Pitbulls get their season underway in Round 2, as they host a Friday Night Lights match against the champions in what is always a fiercely fought matchup between the Zuid Holland rivals.

In a year of firsts, the league will also contest a play off structure this season, with any of the top 3 ranked teams the chance to claim the Jason Bruygoms trophy, aswell as opportunity for the lower ranked sides to claim a 3rd placed finish in 2022. The league leaders will automatically qualify for the Grand Final, whilst the runner up and third placed teams will battle out in a Grand Final Qualifier match. The loser will face off against the winner of the lowest two ranked sides in a 3rd Place Play Off match.

Furthermore, the competition will see the introduction of In-Goal Judges, introduced into the Play Offs & Finals. This will form a team of six match officials per match in these rounds.

The season will complete on Saturday 16th July at the home of the reigning champions, Den Haag Knights at Haagsche RC.

NRLB Operations Manager, Matt Rigby, commented, “This is a very important year for Dutch Rugby League, we have waited almost three years to be able to bring competitive domestic rugby league back to our clubs, and we are ready to entertain. In a brand new look for the league, we will see an expanded league, new play off system, aswell as more exposure to development match officials. We are in discussions to have most of the matches live streamed and are hopeful on confirming this in the coming weeks. I want to thank all five clubs for there patience and understanding through the past couple years aswell as there support in bringing the 2022 season together. This year will be a year to remember, and we cannot wait for the first kick off on 4th June”

Amsterdam Cobras Head Coach, Daan van Rossum, ahead of the new season said, “We’re super excited for the season, great to finally have 13 a side domestic season again. Preparation is going well, we have half of our guys currently in season at the moment and the others training hard. We have some significant changes in personal, with new club Zwolle means many familiar faces have returned home for the new local club, also losing a few players due to Brexit. Our main objective for the season, is to rebuild, restructure, and get new players keen for Rugby League. Playing out of our new home at Zaandijk, we want to aim to be competitive in each match”

Den Haag Knights Captain, Paul Dirkzwager, ahead of the new season said, “The Knights are looking forward to the 2022 season and the return to XIII’s, we are looking to build on our successes in the 2019 championship and the 2021 9’s tournament. It has been a long time between games for many players so there is plenty of excitement amongst the squad.”

Harderwijk Dolphins Chairman, Marcel Zakonski, ahead of the new season said, “Preparation, uncertainty, training, disappointment, new attempt. Finally we can start again and we know what we are training for. For some it is the first season and after a long time of waiting they can finally start. We are excited!”

Rotterdam Pitbulls Chairman, Edson Neves, ahead of the new season said, “We can’t wait to get on the pitch again, the nines tournament last year was a small relief but brought more hunger for the lads. Ours lads just want to play more rugby league with our brothers of Dutch RL, back on the pitch again. We also have some youngsters starting this season that have been eager to play for the club the last few years, who we hope will bring a new energy to the club. It’s been a slow startup, but you can notice the guys do want to train and play but need to come back to the regime, as a lot chose to do other sport activities in the time that we couldnt do contact sport and now coming back to the structure is an adaptation. Looking at a short season we are aiming to focus on a good set of conditioning and getting back the discipline. With a short playing time and where every game counts, it is crucial we our discipline is good. This year we will be focussing on bringing back the Pitbull flavour. We’ve always said the the club is led by his players, and we want to have the people asking on the side line, who let these dogs out? We want to motivate the boys to prepare during the season to enter the Dutch Selection and start or continue their national career.”

Zwolle Wolves Head Coach, Laury Renac, ahead of the new season said, “The Wolves are ready and very excited to partake in the competition for the first time. We were planned to join in 2020 if it was not for COVID. Thanks to the series of friendlies organised by the NRLB we did take on the field but only in a 9s format, so this season we will see the Zwolle Wolves playing a 13s game for the first time ever and we cannot wait. The boys are up for it, we’re not here just to make up the numbers, we’ll have a competitive team and we want to win some games. In a short season like this one, momentum will be key, so we want to start strong and build on it. We have a pretty young group of players, who most played in the 9s last year and having their first taste of Rugby League, along with some players playing League for the first time this year. One of our key forwards include Dutch International, Paul Kuijpers who may be joined alongside 3 brothers, so we could have our own Burgess family, right here in Zwolle. All of these boys will have to learn how to play league together and rely on the experience of our few internationals, so I think we have a strong mix of youth and experience.” 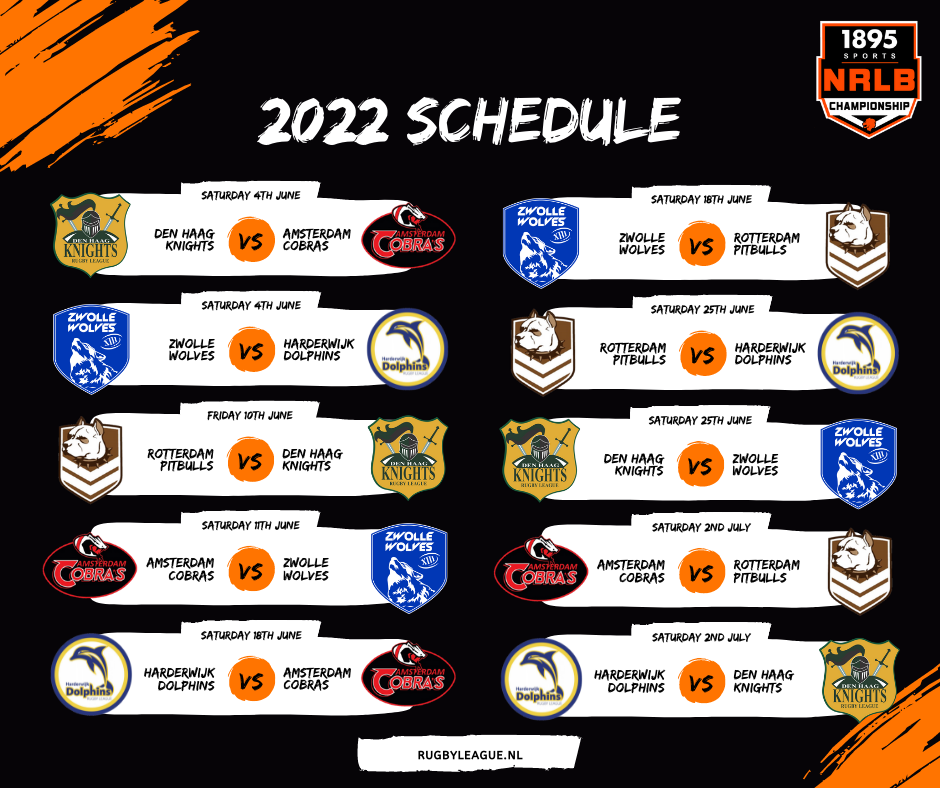 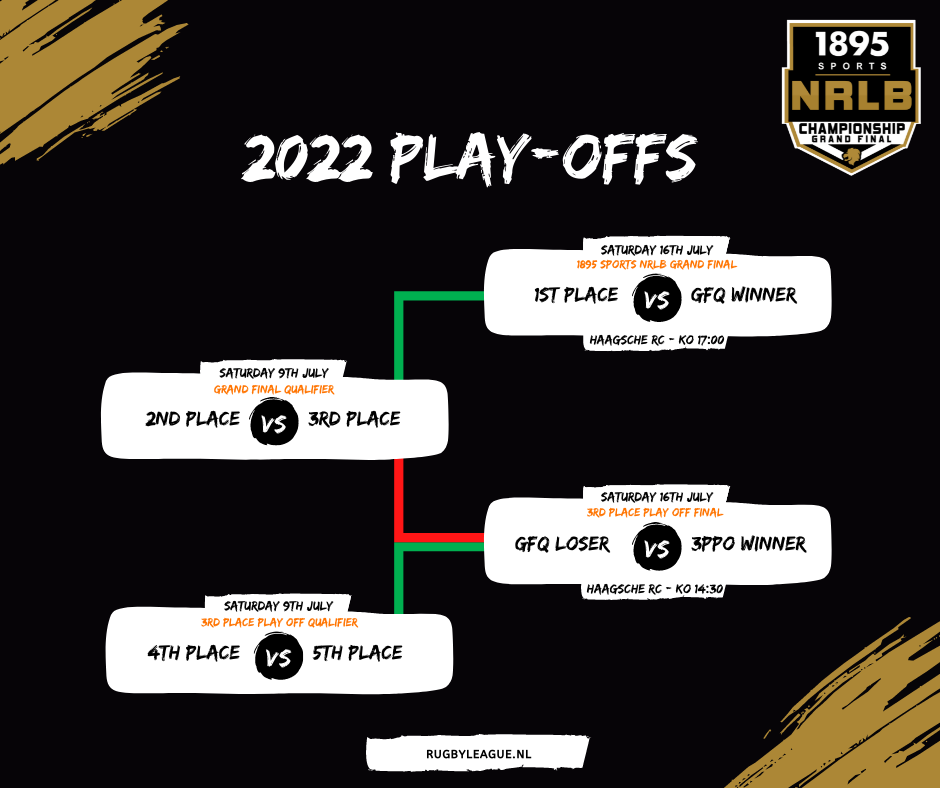