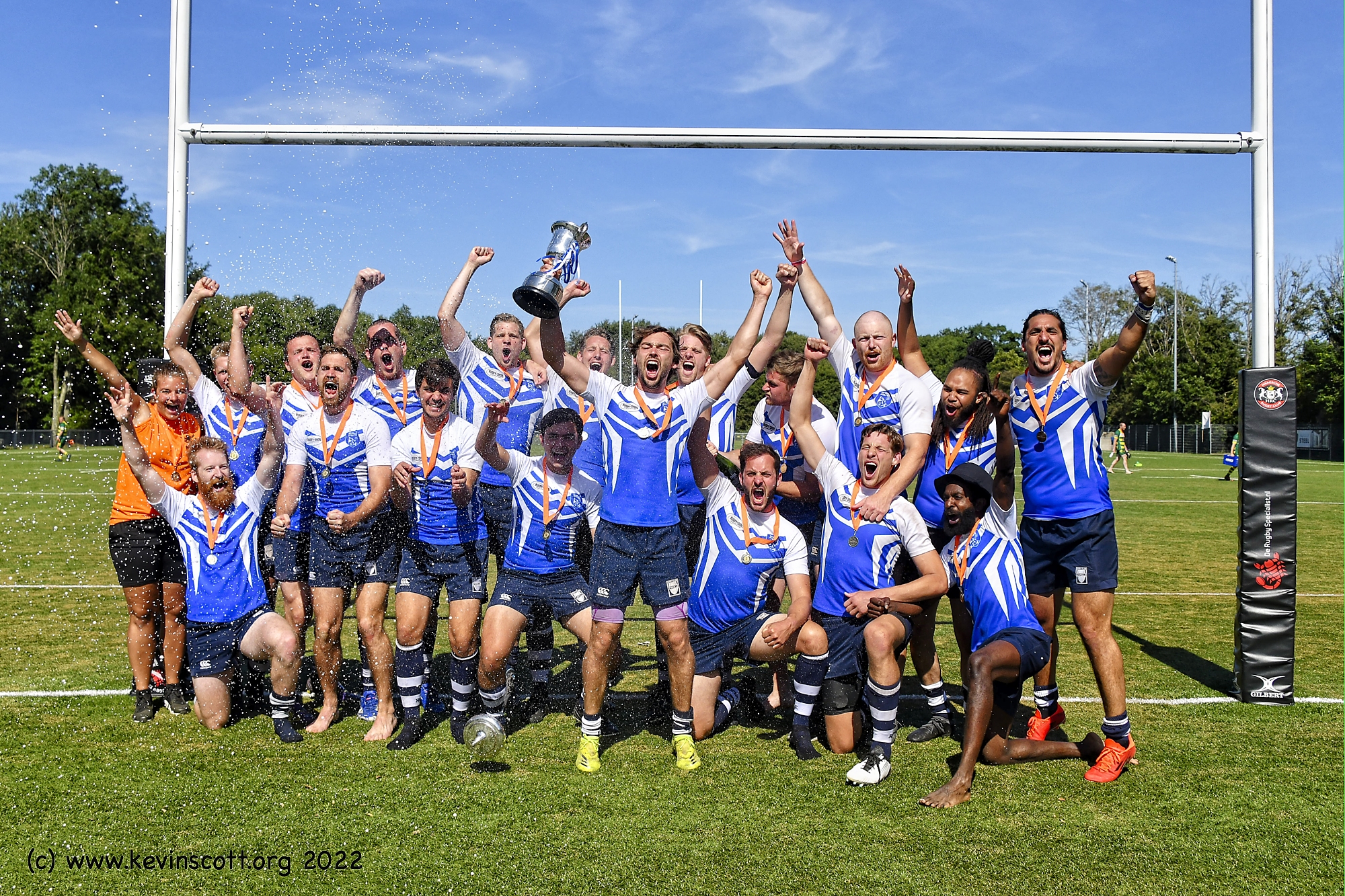 This week, the domestic season concluded at Haagsche Rugby Club in Den Haag. In what was an incredible summer afternoon of rugby league which saw over 100 spectators be present to witness the fantastic spectacle. The event also saw In-Goal judges used for the first time, in a world first for Development Rugby League.

Up first was the 3rd Place Play Off, as Amsterdam Cobras faced off against a encouraged Rotterdam Pitbulls. In what was a cagey affair, it took some time for the deadlock to be broke, and with a fantastic kicking display on show by Cobra Half Back William Johnson, the Cobras too a 16-6 lead at the break. If this season has showed us anything, never write off the Pitbulls, as they came back fighting in the second half and capitalised on a number of Cobras errors. The Pitbulls ran out eventual victors 20-26, crowning them with the bronze medal.

Next up saw the match everyone has been waiting for, as reigning champions and hosts, Den Haag Knights hosted the season debutants, Zwolle Wolves. In the opening minutes, it was clear that this would be a well battled feisty physical occasion. It was the visiting side that struck first on 7 minutes, as Paul Kuijpers went over, kick successful. The Knights struck back in the 20th minute through eventual Man of the Match, Sander Doria, however a brace from Paul Kuijpers to complete his hat trick and a try from centre Mike Prins gave the visitors a 6-20 commanding lead at the break.

Den Haag started the better in the second half through Sander Doria, but Zwolle didn’t back down and cancelled the try out four minutes later through captain Laury Renac taking a chance from close range. The Knights fought back and put a string of three tries together, with the last one coming through Bonne Wilce who gave the Knights a two point lead with less than two minutes remaining. From kick off the Knights received a penalty for a high tackle on their own 10 metre line. Opting for the kick to touch, the Knights failed to get the ball over the sideline and the Wolves had a full set of six to try and win the game. Thirty metres from the try line, the Wolves gained a penalty for offside. Opting not to take the 2 points for the draw, the Wolves battled on with a final set of six to win the game. In the final seconds, Mike Prins forced his way over the line, with the roar of the crowd, the Zwolle Wolves had done it. National Champions in their debut season.

Netherlands retain the Griffin Cup against Germany with the boot of Gout.