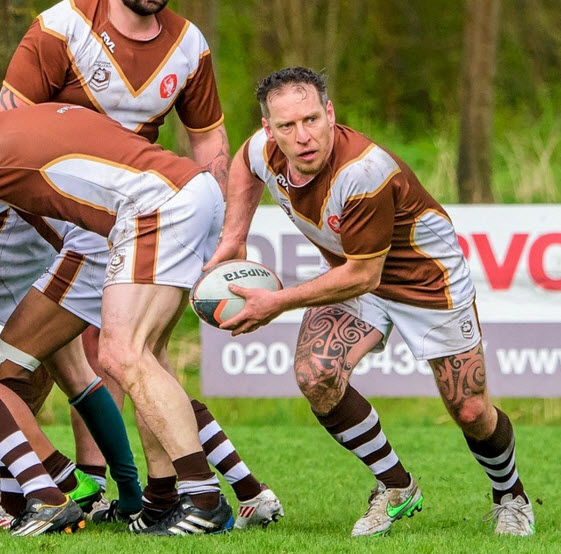 Jason’s own introduction to rugby league wasn’t until his family had moved from Wellsford, north of Auckland to Invercargill at the age of 11. Playing mostly school yard footy at lunchtime his first experience in an organised competition was when he was 16 for the He Taua rugby league club where he played centre in the Southland District competition. A move to Christchurch for work saw him play for five years in senior grades in the Canterbury competition, four seasons for Marist Western Suburbs and another for the Shirley rugby league club in the loose forward and second row positions. Like many young New Zealanders the ‘OE’ beckoned Jason and having dual citizenship through his Dutch father the country, formerly known as Holland, was a natural place to go.

Arriving in Rotterdam and with his Dutch heritage in check, he was approached to play for the Dutch National rugby league team. Jason learned that whilst the national team had been playing internationals against the likes of Scotland, Georgia, Russia and the Czech Republic since 2004 there was no domestic competition in the country. By 2008 the international matches had stopped and Jason was playing rugby union for the first time when he was motivated to do something for rugby league in his new country. He was the founding father of the NRLB in 2009, and the drive behind the domestic development in the Netherlands for almost a decade. Jason founded the Rotterdam Pitbulls, the first ever rugby league club in the Netherlands to have been ratified by a notary; it was under his watchful eye that the Rotterdam Pitbulls went on to win the Domestic Championship in 2016 and 2017, beating sides from Amsterdam, Den Haag and Harderwijk.

Jason has done so much for development in the Netherlands that its impossible to list everything, but there are two other key events where he was influential. First was the resurrection of the Rotterdam 9’s tournament in 2016, which gave the Netherlands great international exposure; teams came over from Australia, Belgium, Czech, France, Germany, Serbia and the United Kingdom. Bruygoms also played a huge part in the annually occurance of the Coachings and Match Officials Courses as they are known today. A true leader, on and off the field.