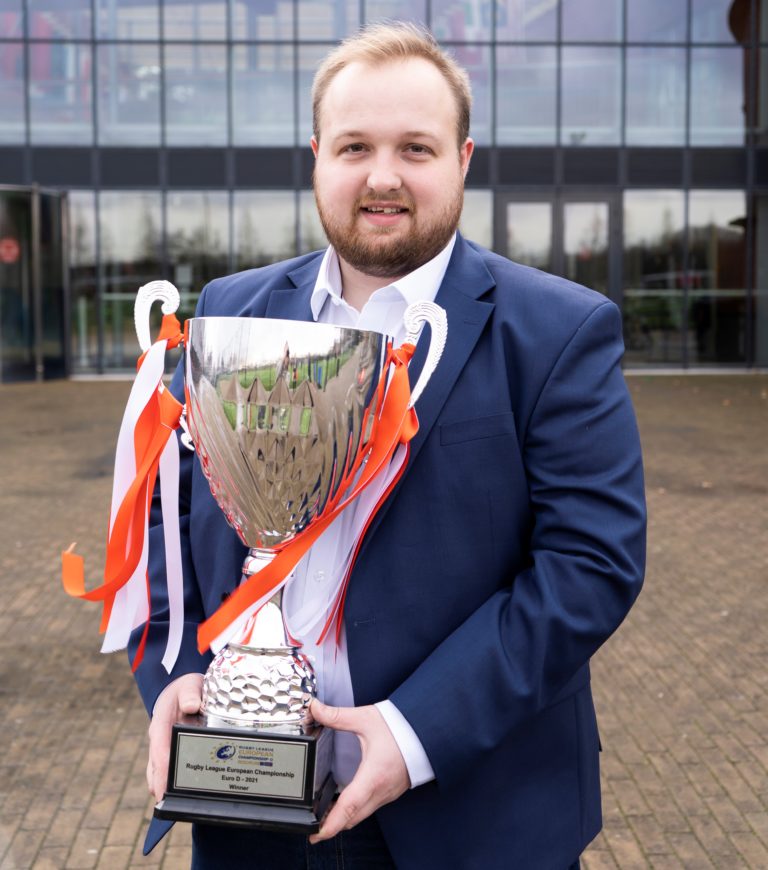 I joined the NRLB Board at the end of 2019 as Competitions & National Team Manager, which has since been amended to Operations Manager.

I first got involved with rugby league at the start of the millennium around the age of four, through my father. I continued to play amateur rugby league through a number of clubs in England; Littleborough, Milnrow Cobras, Saddleworth Rangers, Greetland All Rounders, Brighouse Rangers & Bury Broncos, with Two League Titles, and Seven Cup Finals.

Accepting that a professional career as a player was all but over, I wanted to give back to the game in other ways. My idea was to play and support a developing nation league, and at the time a move to the USA League was on the cards, however due to my age at the time this wasn’t practice. I was still keen to get involed with Rugby League elsewehere, I saw the Dutch page on Facebook at the time and thought I would give it a go. I joined the Den Haag Knights in 2016 with no expectations, and I was hooked. Playing rugby league in the Netherlands was a breath of fresh air, and I haven’t looked back since. I played for the Den Haag Knights through 2016-2019, including 3x League Leaders titles, 3x Grand Final Runners-Up and 1x Grand Final Championship in 2019. Since joining the NRLB board, I have temporarily retired from playing to sport to focus on giving everything I have to the development of RL in the Netherlands.

Before joining the board, I was proud to support Kane Krlic as assistant to the National Team, and went on to continue the position in 2017, 2018 & 2019, with record breaking victories against Germany & Sweden.

I am excited & honored to be a part of the NRLB at such an exciting time in our development, and have already seen a magnitude of success despite battling through a global pandemic, I thoroughly believe the Netherlands is one of the few nations who have come back stronger, unified, and more determined than ever to ensuring a long-term future of the sport in the Netherlands.