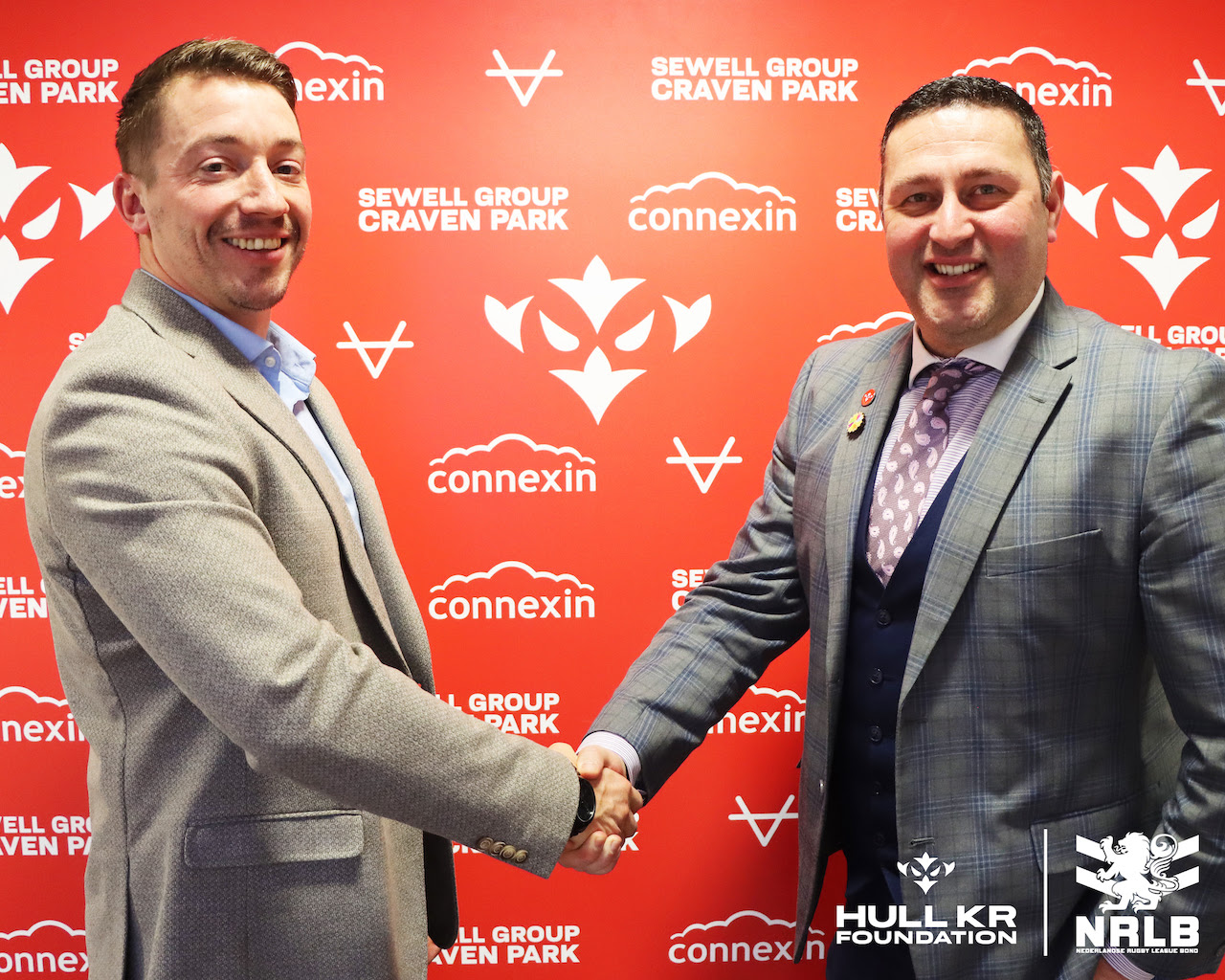 Hull KR Foundation are delighted to announce the formation of an exciting multi-year partnership with Nederlands Rugby League Bond (NRLB).

As part of the partnership, Hull KR Foundation will undertake rugby league coaching clinics in the Netherlands and provide resources to support the growth of the Dutch domestic competition and the country’s international rugby league ambitions.

Rugby League has a storied history in the Netherlands, first coming to prominence in the late 1980s with Rugby Club Drechtstreek playing their first league game in 1987 and the Dutch Students’ team making their International debut in the 1989 Tertiary Student Rugby League World Cup in York.

In 2009, the NRLB was founded with the governing body overseeing the current growth of the Lions’ international program and the country’s domestic league. The Netherlands now face Germany each year as part of the ‘Griffin Cup’, a staple of European Rugby League’s international calendar.

The Dutch Lions have since gone on to see further progress on the field, winning the 2021 European RL Championship D over Turkey, Czech Republic and Malta. The international progress has been mirrored closer to home with the Netherlands now possessing a strong, five-team league known as the NRLB Championship.

Hull KR Foundation will look to support the development of new and existing staff across the game in the Netherlands while building strong ties to establish more player pathways and innovative projects linking the Robins and the NRLB.

NRLB President, Daan van Rossum said: ‘We are absolutely thrilled to start our collaboration with Hull KR Foundation. The partnership will help to bring our organisation to the next level and greatly boost Rugby League in the Netherlands.

‘It is my personal dream to have the Netherlands eventually represented at the different World Cups (Men, Women and Wheelchair) and our first step towards that goal is becoming a Full Member of the ERL. With the help of Hull KR Foundation, I’m confident this will only be a matter of time. So be sure to stay tuned and follow our progress, exciting developments are to follow.’

Hull KR Foundation CEO, Craig Shepherd is excited about the potential of the partnership: ’The opportunity to support a nation on their journey to becoming a full member of International Rugby League is a privilege and an honour. We hope to leave a legacy in the Netherlands by supporting their ambition and growth.’
‘Currently, a group of hard-working volunteers deliver outcomes that far exceed expectations. Although the partnership is still embryonic, there will be further announcements in the coming months that will establish our presence across the North Sea.’
Article courtesy of Hull Kingston Rovers