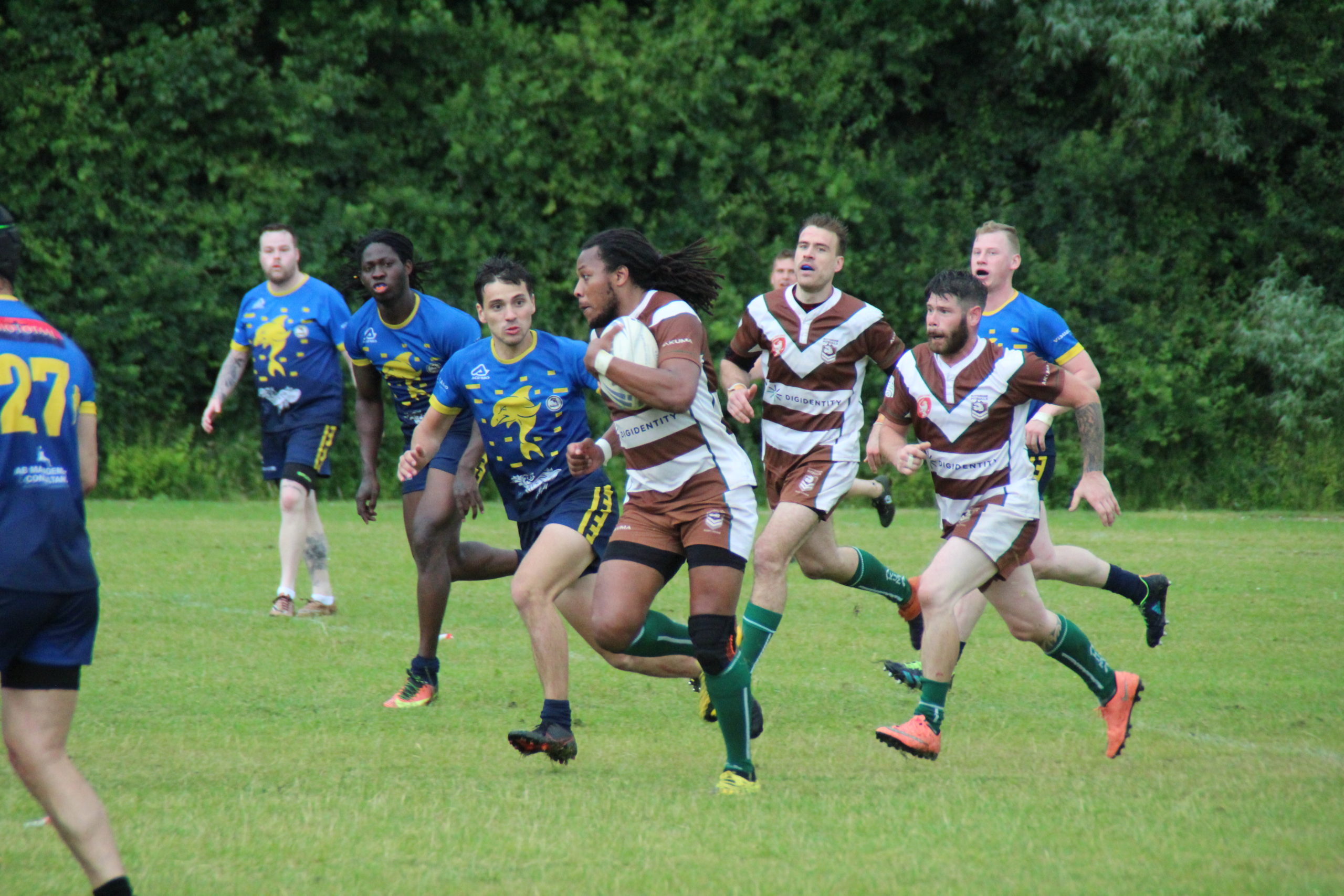 This week, the penultimate round of fixtures occurred, and served up two eagerly anticipated fixtures.

The round started at the home of the reigning Champions, as the undefeated Knights, hosted the undefeated Wolves, who were looking to seal a Grand Final appearance in their maiden season. Despite the match displaying a large level of physicality from both sides, the visitors were left to rue missed chances, as a number of consecutive errors gave easy ball for the Knights who lead 32-0 at Half Time. The Wolves battled strongly in the second half and cut the deficit by half to 32-16 with a quarter of the game remaining, with the comeback looking very much on. But two tries against the run of play and the two points were settled. Knights win 42-28, securing their place in a 6th consecutive Grand Final.

Next up saw a big game between the Dolphins and hosts Pitbulls. The Dolphins knew that a win would put them just 80 minutes from a maiden Grand Final. It was the visitors that started the strongest in this match and despite a Dirk Schut try on 6 minutes, the Dolphins we 18-4 in front after the first quarter. The hosts didn’t give up and three quick fire tries put them on level terms at the half time break. The Dolphins started the half the better again with a double from Santino Landus, giving them a 28-18 lead, however it was Deja Vu for the away side as they let in four tries in the last quarter and the Pitbulls took the important two points 36-28.

Club of the Week: Harderwijk Dolphins