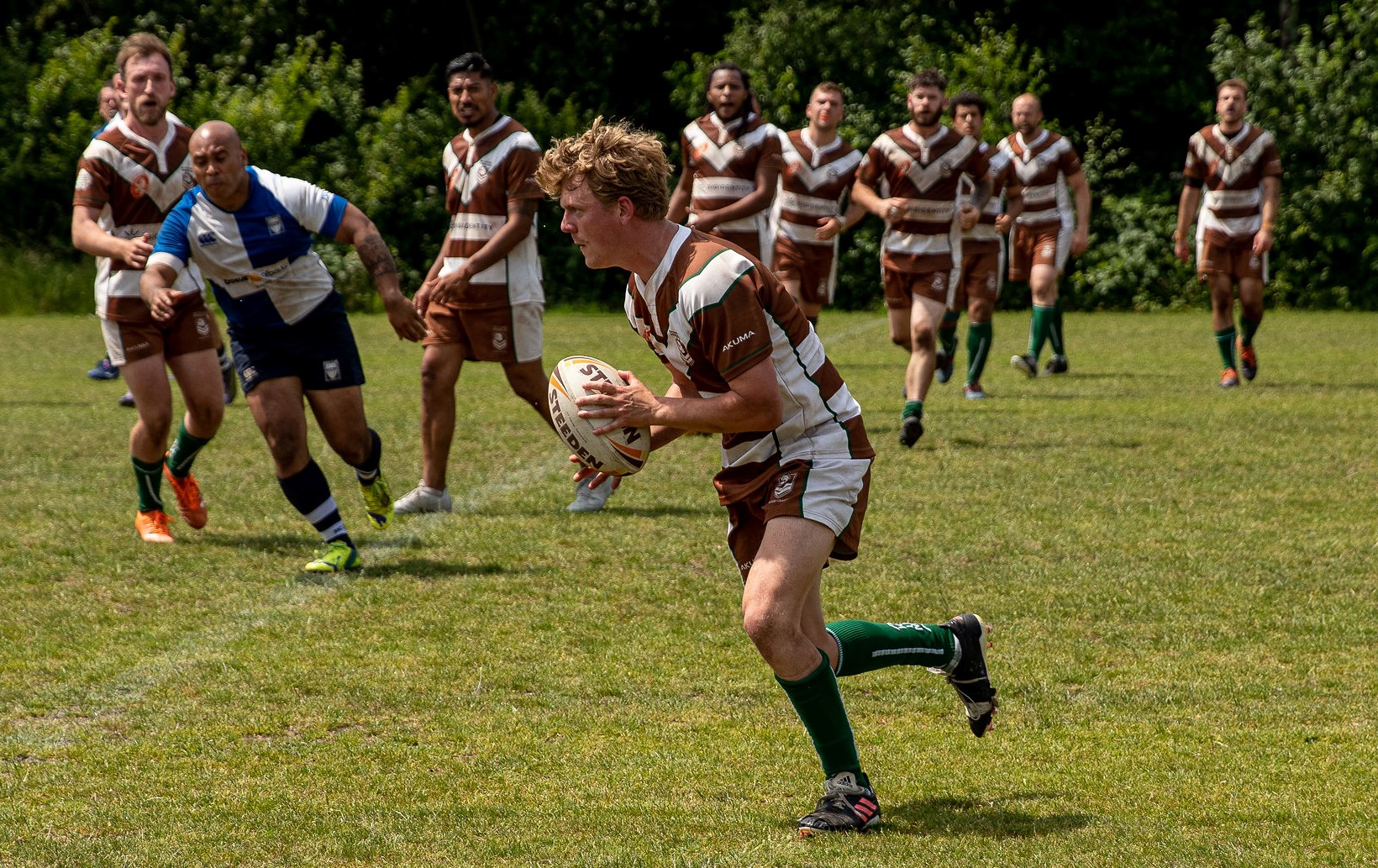 This week, the NRLB continued in a weekend that saw high weather hit the country.

The round started in the Overijssel capital, as the undefeated Wolves hosted the Pitbulls, who were looking to avenge their heavy defeated to the Knights in their seaon opener. Both teams went into the match hard, with tough & physical runs from both sets of forwards, namely, Edson Neves, Dominic Stuivenberg, Mauricio Gomez Pazos and Niels Frelink. The Wolves leading at the break, 12-0. Starting the second half with a man in the sin bin, Zwolle improved their attacking dominance, with some incredible rugby league flair to race in try after try to 40-0. A late consolation from Stuivenburg, resulting in a win for the Wolves at 40-4, keeping them undefeated and top of the league.

Next up saw a depleted Amsterdam Cobras side travel to Harderwijk to take on the Dolphins. The visitors started off the better, and took the lead at the break. But unanswered points in the final quarter, and the Dolphins took the victory after a warm afternoon in Gelderland.

Round One Match Officials Appointed