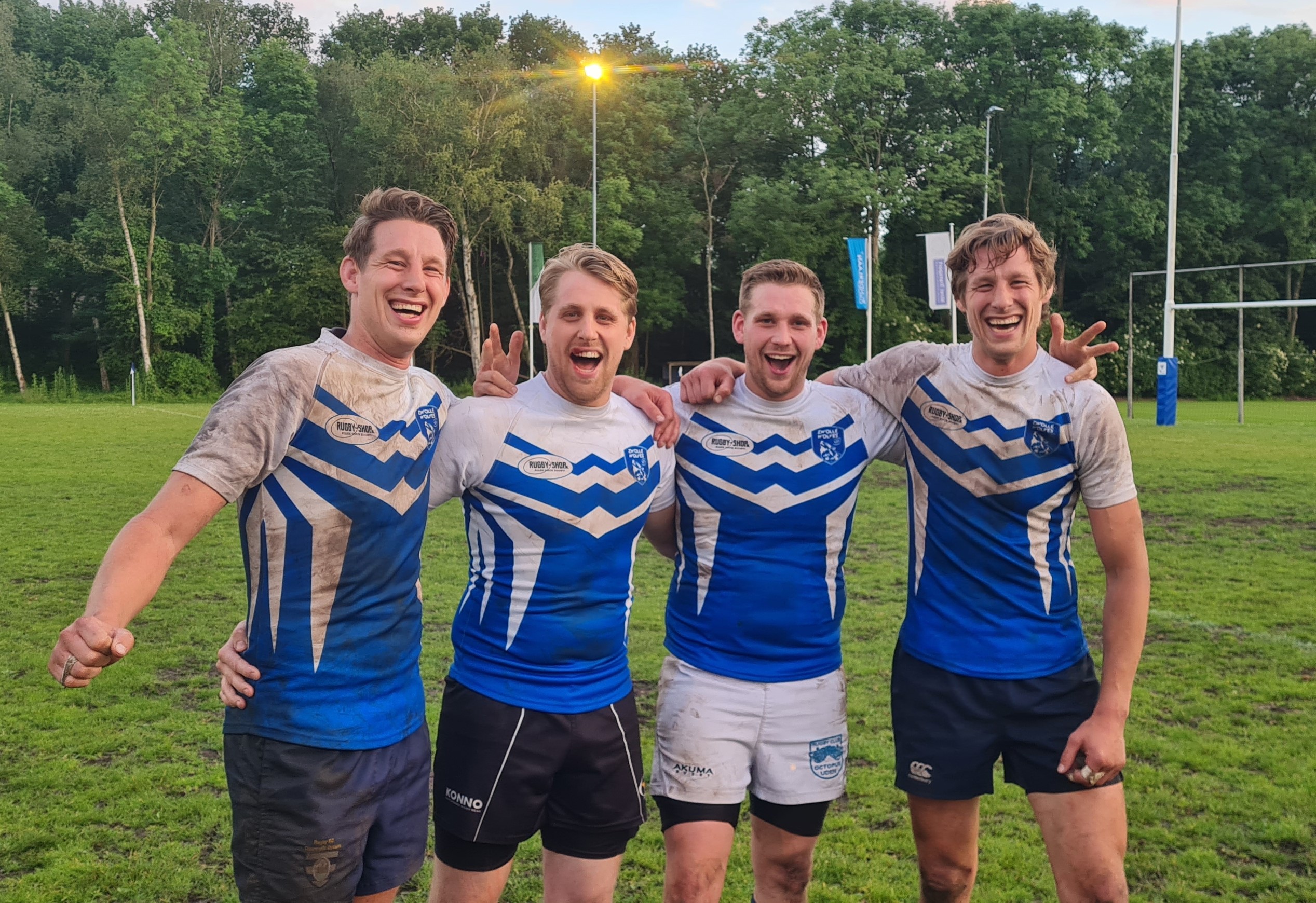 This week, the NRLB Under the Lights round was played out for the first time, with the full round being played during the week under lights.

On Wednesday, the Cobras unveiled their new home in Zaandam as they hosted the Zwolle Wolves, who were looking to follow up their impressive start against the Harderwijk Dolphins in Round One.

The Cobras commenced the scoring with 2 quick fire tries by Centre Jessy Wagemaker inside the 10 minutes, which looked like the Wolves could have been in for a long day. Despite that, Zwolle controlled the arm wrestle, and following the introduction of forwards from the bench, Zwolle scored just before half time to take the game to 8-6 at half time, which was followed by a second try by Petrus Kuijpers just after the break to give the away side a 8-12 advantage. The hosts battled back with an equaliser by Daan van Rossum, however with 3 missed conversions, the hosts were to rue the missed chances with the match ending in a 12-12 draw.

During the match, history was made as 4 brothers competed on the same team for the first time in NRLB history as twins Paul & Kees (32), Dirk (30) and Bert (29) played for the Zwolle Wolves, a historic night for the Kuijpers family.

Next up was the return of the Zuid-Holland derby as Rotterdam Pitbulls hosted the Den Haag Knights on Friday evening, in the Pitbulls’ first match of the season. The hosts under new internal changes had a number of new players to the squad whilst the Knights fielded a strong 19 man squad. Despite a solid arm wrestle between the two sides in the first quarter, the Knights ran in a 28-0 lead at half time leaving the hosts with all the work to do. The Knights showed dominance in the second half after scoring six tries in 15 second half minutes, and despite a last minute try for the Pitbulls, this was a mere consellation, marring a 6-74 defeat to the Knights.

Clinics at the Alfrink College